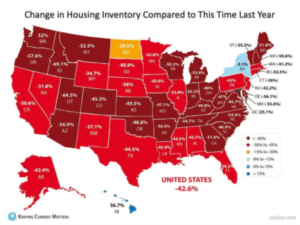 Where Have All The Houses Gone? In today’s housing market, it seems harder than ever to find a home to buy. Before the health crisis hit a year ago, there was already a shortage of homes for sale.

When many homeowners delayed their plans to sell at the same time that more buyers decided to take advantage of record-low mortgage rates and purchase a home, housing inventory dropped even further.

Danielle Hale, Chief Economist at realtor.com, explains:
“With buyers active in the market and seller participation lagging, homes are selling quickly and the total number available for sale at any point in time continues to
drop lower. In January as a whole, the number of homes for sale dropped below 600,000.”

As you can see on the map, nationwide inventory is 42.6% lower than it was as of early last year:

There are fewer existing homes being listed right now, and many homes are simply selling faster!

It’s like last year’s spring frenzy to buy toilet paper as it was flying off the shelves faster than it could be stocked in the stores. That’s what’s happening in the housing market: homes are being listed for sale, but not at a rate that can keep up with heavy demand from competitive buyers.

With more homeowners getting ready to sell this year, putting your house on the market sooner rather than later is the best way to make sure your listing shines brighter than the rest.

When you’re ready to sell your house, you’ll likely want it to sell as quickly as possible for the best price. If you’re looking for these selling conditions, you’ll find them in today’s market. When demand is high and inventory is low, sellers have the ability to create optimal terms and timelines for the sale, making now an exceptional time to move.

Bottom Line
Today’s housing market is a big win for sellers, but these conditions won’t last forever. If you’re in a position to sell your house now, contact me to discuss how to benefit from today’s high demand and low inventory. 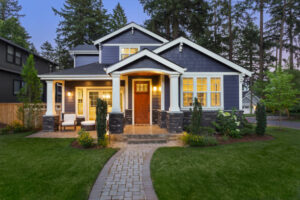 The housing market frenzy from 2020 is expected to carry over into the new year. If you’re navigating the market in 2021, here are insights to help guide your journey.

Low interest rates can reduce a monthly payment by as much as $100-$200, motivating many renters to transition into homeownership.

The number of buyers entering the market coupled with low interest rates is contributing to record low inventories and high prices across the country.

As a buyer, you need to be emotionally prepared for navigating a competitive market. You will likely compete with multiple offers and may have to look for a longer time period to find the right home.

Homes in many markets are selling for well above the asking price. Buyers should be prepared to make offers on several homes before having an offer accepted. Cash buyers can be at a definite advantage.

If you are a Buyer who can pay a price above the anticipated appraisal value of the home, be sure your offer includes the terms of how an appraisal shortfall will be absorbed.

Strategies that can strengthen your offer include increasing the earnest money above the amount requested by the seller, a flexible timeline that meets the sellers’ needs, and a preapproval letter from a qualified local lender or documentation to support your cash offer.

It’s okay to have a wish list as long as you’re flexible.

After a year of social distancing, buyers are looking for space that allows family members to enjoy privacy, such as home offices and outdoor space. Some buyers are
looking for in-law suites to bring the family under one roof, either now or in the future. The trend for buyers to accommodate aging relatives has grown during the pandemic.

As a seller, you may not be able to control the square footage or floor plan of your home, or provide access to outdoor space, but there’s one thing that will help to make your
home stand out: renovations.

If buyers have a choice between an updated home and one that is not, renovated homes typically have greater appeal. In spite of reduced inventory, homes needing
work can linger on the market.

An experienced agent can help you get the house you want, the most money for a home you’re selling, and help you feel secure and confident throughout the complex process of real estate.

Give me a call to discuss your next home sale or purchase! 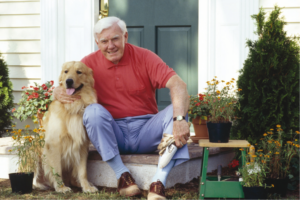 A reverse mortgage allows homeowners age 62 and older to convert part of the equity in their home into cash without having to sell their home.

These loans aren’t a cure-all for retirement money problems, though. Consider these risks and benefits.

PRO: Supplemental retirement income
Some people are house-rich and cash-poor. Assuming borrowers can manage the expenses of owning a home, the reverse mortgage provides a way to liquefy a portion of the home equity to cover financial obligations. This could be helpful in the event of an unexpected job loss, health issues or limited savings. Reverse mortgages can also be a funding source to diversify investment portfolios, although loan fees add to the upfront costs.

PRO: Pay off an existing mortgage
With enough equity in the home, a reverse mortgage can be used to pay off the current mortgage, eliminating the monthly mortgage payment, and freeing up money for other
expenses.

PRO: Proceeds are tax-free
The IRS considers proceeds from a reverse mortgage to be a loan, not income, so you won’t pay taxes on it.

CON: It’s not a good short-term option
Upfront costs for reverse mortgages are higher than other forms of borrowing, in part due to the federal mortgage insurance premiums. Alternative short-term financing options include credit cards, personal loans, and home equity loans.

CON: A default could result in losing the home
A default occurs when the borrower fails to meet the ongoing requirements of a loan, such as not paying property taxes or homeowners insurance, or failing to
certify that the home is their principal residence. This can lead to eviction and foreclosure, if unresolved.

CON: Heirs may not be able to keep the home
With a Home Equity Conversion Mortgage (HECM), which is insured by the US Federal Government, heirs have to pay either the full loan balance or 95% of the home’s appraised value, whichever is less. They can do this by paying cash, getting financing, selling the home or turning the home over to the lender to satisfy the debt.

Is a reverse mortgage worth it?
A reverse mortgage could be a good solution if:
• There is a long-term need for additional income, and benefits such as Medicare and Social Security have already been utilized.
• The need to use the equity in the home for income now outweighs the risk that family heirs may not be able to keep the home in the future.

Give one our agents a call to discuss other options such as moving to a less-expensive home, or to locate a reverse mortgage lender! 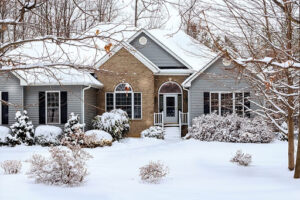 1. Streamline the stuff
Go room-by-room periodically clearing anything that you don’t use, wear or love and donate it to charity. After that, think twice about what you bring in.
Stash useful (but not beautiful) items such as DVDs, remotes and those kicked-off shoes in simple woven baskets. Clear your counters of everything you don’t use
on a daily basis.

2. Make it safe and sound
Check your house for radon. Test kits cost as little as $20 at your local hardware store. And, make sure carbon monoxide and fire detectors are installed on every floor with a bedroom. Clean dryer lint from the vents and ducts behind the dryer, and change HVAC furnace filters regularly. Check your house for adequate bathroom and attic vents to the outside to prevent mold. If your home was built or last remodeled before 1978, consider testing for lead paint and asbestos flooring.

3. Shrink your bills
Start by cutting your energy usage in your home:

• Switch off lights when you leave a room.

• Adjust the temperature settings on the air conditioner and furnace for times when you are not at home.

• Dry some of your clothes outside.

• Run the dishwasher or washing machine when they are full.

• Set your home computer to revert to sleep mode when not in use.

• Give composting a try.

• Find a community resource for recycling.

• Seal and insulate ductwork for heating and cooling systems.

4. Get ready to entertain
Add some plants to bring in new energy and help clean the air. Freshen a room by picking a new accent color that shows up with new pillows or rugs and updates your look. Orient your furniture in conversation groups instead of facing the television.

5. Get your finances right
While you create your yearly budget, remember to allocate funds for improvement and annual maintenance of your house, and emergencies that may arise.

Now, get ready to breathe a little easier in your own home!

The Pending Home Sales Index (PHSI) is a forward-looking indicator based on signed contracts. The PHSI rose 5.9% from June to July. On a year over-year basis, sales were 15.5% higher than a year ago, the largest gain since early 2014.

The V-shape sales recovery is further evidence that the housing market is leading a post-COVID economic recovery. Though both existing home sales and new home sales hit new record highs in August, home inventory remains lean and home prices continue to grow. This may put home ownership out of reach for some buyers.

Locally, the Colorado Association of REALTORS® reported a monthly record of 10,771 single-family home sales in July — a 21 percent increase year-over-year. The state also saw an 8.6 percent jump in new listings, though the number of active listings for single family homes dropped by about 42 percent year-over-year.

New single family home sales also surged in July, supported by a renewed consumer focus on the importance of housing, and rising demand in lower-density markets like suburbs and exurbs.

Census and HUD estimated new home sales in July at $901,000, an approximate 14% gain over June, and the strongest annual rate since the end of 2006. April data showing 570,000 new home sales represents the low point of sales for the current recession. The April rate was 26% lower than the prior peak, pre-recession rate set in January.

Sales are increasingly coming from homes that have not started construction, with that count up 34% year-over-year. In contrast, sales of completed new homes that are ready for occupancy are down almost 24%. These measures point to continued gains for single-family construction ahead.

Whether you’re selling or buying, let’s talk about your best strategies for success in our current market! Give me a call!