It’s no secret that buying a house is an expensive undertaking. While interest rates have recently increased, there’s actually something you can do to ensure your mortgage payments are more manageable. By paying more money upfront, you can lock in a lower interest rate on your mortgage.

What is a rate buydown?

Buydowns are easy to understand if you think of them as a mortgage payment subsidy.

Buydown funds can subsidize the loan payments during the first years of the mortgage, resulting in a temporary lower monthly payment, or reduce the interest rate for the life of the loan. This lower payment may allow you to qualify more easily for your mortgage.

Because mortgage rates may continue to rise in 2022, the buydown method can be a useful tactic to offset rate hikes.

Home buyers can pay upfront fees to the lender to obtain a lower interest rate for the first few years of the loan, or the entire loan term, depending on the buydown structure.

Sellers can also pay to buy down a buyer’s interest rate as an incentive to purchase their home. A seller concession is negotiated in the contract for the amount of funds needed to accomplish the buydown on behalf of the buyer.

Like sellers, builders may also offer to pay the costs to buy down the buyers’ interest rate. Builders offer these incentives to entice buyers to purchase properties in their newly built communities.

Is a buydown right for you?

Whether it makes sense to choose a buydown when buying a home can depend on several factors:
• The interest rate for which you qualify
• The amount you could save in interest over the loan term
• Your estimated future income
• How long you plan to remain in the home.

Buydowns require paying more money upfront so you can save money in the long run. Therefore, buydowns are more beneficial if you intend to own the home for an extended period of time.

Not every mortgage is eligible for a buydown. For example, you can’t use a buy-down to purchase an investment property or for a cash-out refinance.

Let’s talk about how an interest rate buydown could help you purchase your next home!

While inflation, interest rates and talk of a global recession have real estate markets in flux, there are also signs of market easing.

Affordability
Lawrence Yun, National Association of REALTORS® chief economist, recently testified on Capitol Hill concerning the current real estate market. Yun’s main points included:
• The inventory crunch will continue to chip away at affordability and sideline more buyers.
• Though growth in home prices is slowing, a nationwide decline is unlikely.
• While the potential for weaker sales may help increase housing inventory in some markets, it won’t be enough to ease affordability constraints.

Research commissioned by the National Association of REALTORS® indicates a national deficit of 6 million housing units. This decades-in-the-making phenomenon has helped sustain year over-year price growth for a record 124 consecutive months, according to NAR housing reports.

In his Capitol Hill comments, Yun said, “This affordability crunch is felt most acutely as we move down the income scale and by minority households… That is why housing supply must be addressed to moderate gains in home prices and rents.”

Home Prices
Higher mortgage rates and an increase in housing supply are factors that typically put downward pressure on home prices. But the market continues to be quite resilient, and costly In June, the national median listing price for single-family homes was $450,000, up 16.9% from the same time last year and more than 31% from
June 2020, according to Realtor.com.

With homes nearing half a million dollars, some buyers have stepped back from the market.

Mortgage applications dropped to the lowest level at the end of June, marking the biggest slump in 22 years, according to the Mortgage Bankers Association (MBA).

Despite some homes with higher list prices showing signs of extended time on the market, the overall lack of inventory is still leading to price gains. “Even after
reductions, prices are still higher compared to one year ago and much higher compared to before the pandemic,” Yun indicates.

Inflation And Interest Rates
Inflation eased slightly in July, which could bode well for the housing market in the months ahead, says Yun. Yun notes that interest rates, which had been consistently in the 4% to 5% range in the decade preceding COVID-19, hovered near record lows of around 3% throughout much of 2020 and 2021.

Could the worst of sky-high inflation be behind Americans? Yun thinks so. By midsummer, gasoline prices began to decline, and there was more production of
apartments and single-family homes.

Yun predicts that consumer prices will pull back, encouraging the Federal Reserve policy to be less aggressive, resulting in lower mortgage rates.

The 10-year Treasury yield in mid-August stood at 2.7%. “That should translate into 30-year mortgage rates pulling back to under 5%,” Yun says. Some recent potential
home buyers who were pushed out of the market may then be able to qualify for a mortgage and a new home.

Inventory And Market Easing
There are bright spots in the market, such as gradually increasing inventory, which is good news for consumers.

Market trends point to a shift towards a more healthy market where both sellers and buyers have advantages.

Homebuyers are finding more selection and a little more time to make decisions. Sellers are adjusting to having their home on the market longer, and pricing their
home to align with the current market.

With so many variables affecting the current real estate market, let’s talk about how to accomplish your goals with your next home purchase or sale!

The housing market is at a turning point, and if you’re thinking of buying or selling a home, you may have questions.

Is it still a good time to buy a home?
Should I make a move this year?
How does the remainder of 2022 look for residential real estate? 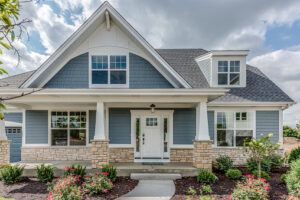 Mortgage Rates Are Subject To Inflation
While buyers question where mortgage rates will go in the months ahead, there is no crystal ball to foretell what will happen. What housing market experts know for sure is that the record-low mortgage rates during the pandemic were an outlier, not the norm.

In 2022, rates have climbed over 2% due to the Federal Reserve’s response to rising inflation. Greg McBride, Chief Financial Analyst at Bankrate, explains:

“Until inflation peaks, mortgage rates won’t either. Without improvement on the inflation front, we don’t know where the interest rate ceiling will be.”

The Supply of Homes for Sale Is Projected To Increase
This year, particularly during the spring, the number of homes for sale in the US increased. That’s partly due to more homeowners listing their houses, but also because higher
mortgage rates helped reduce buyer demand. As buyer demand moderates, inventories rise.

Experts say that growth will continue. Recently, realtor.com increased their 2022 projections for inventory gains dramatically from a 0.3% increase at the beginning of the year
to a 15.0% jump by the end of the year.

While an increase in home selection is great news, there is no sudden surplus of inventory on the horizon. Housing supply is still low. Finding a home will still be a challenge, but not as difficult as it has been over the past two years.

Home Price Appreciation Will Continue
Due to the imbalance between the number of homes for sale and the number of buyers, the pandemic led to record-breaking increases in home prices. According to CoreLogic, homes appreciated by 15% in 2021, and they’ve continued to rise this year.

Selma Hepp, Deputy Chief Economist at CoreLogic, explains why the housing market will see deceleration, but not depreciation, in prices:

If you’re thinking about buying your first home or you’re ready to make a move, it may make sense to do so now before prices climb higher.

Contact me and let’s work together to determine the best plan for your move. 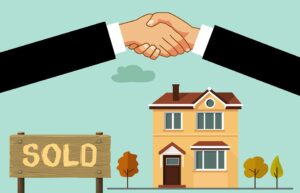 Over the past 10 years, at the national level, a homeowner who purchased a single-family existing home would have gained $229,400 in home equity if the
home were sold at the median sales price of $360,700 in the 4th quarter of 2021. Home prices rose at a strong annual pace of 8.8% during this period.

Home prices have increased even more steeply over the past five years, at an annual pace of 9.7%. A homeowner who purchased a typical home five years ago would have gained $125,300 from just price appreciation alone.

Large Home Equity Gains Not Likely Impacted By Rising Mortgage Rates
With mortgage rates rising, there is concern that demand and prices will fall. NAR expects home prices to continue rising, although at a slower pace of nearly 10% by
the end of 2022 and about 5% for 2023.

Home prices are not likely to fall as they did during the Great Recession because there is no incentive for home sellers to sell their homes at a loss.

The level of adjustable-rate mortgages is low, with ARMs accounting for less than 10% of mortgage applications since 2008 compared to as high as 35%
during 2004-2005.

Supply conditions are still very tight, with the inventory of homes for sale equivalent to 2.2 months as of April 2022.

Home construction costs are also still rising, up 18% yearover-year as of April, according to the U.S. Census Bureau’s construction price index.

However, even if home prices were to fall, it will take a massive dip in prices to wipe out home equity gains.

When you’re ready to buy or sell, call me to discuss the best offer for your next home or the list price on your present home.